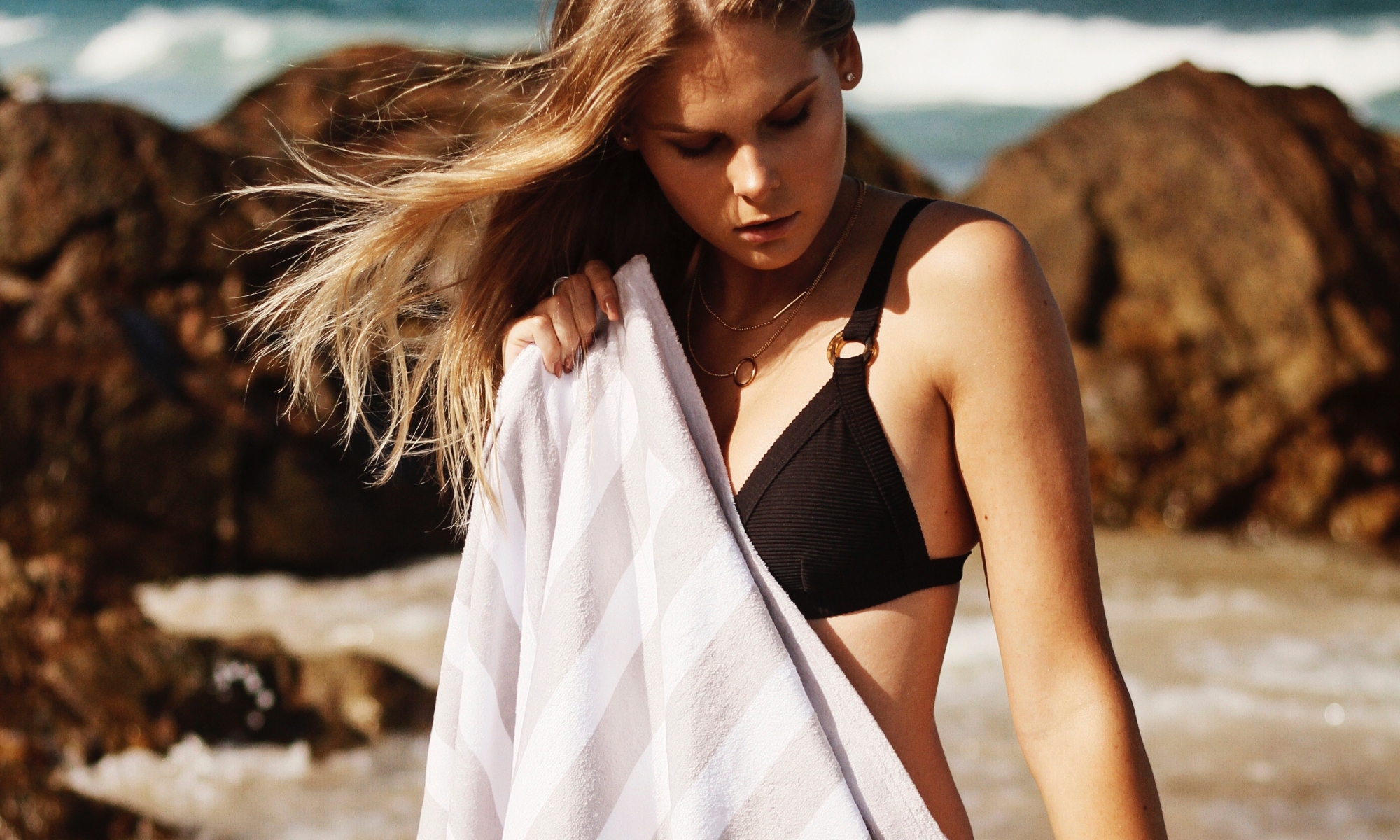 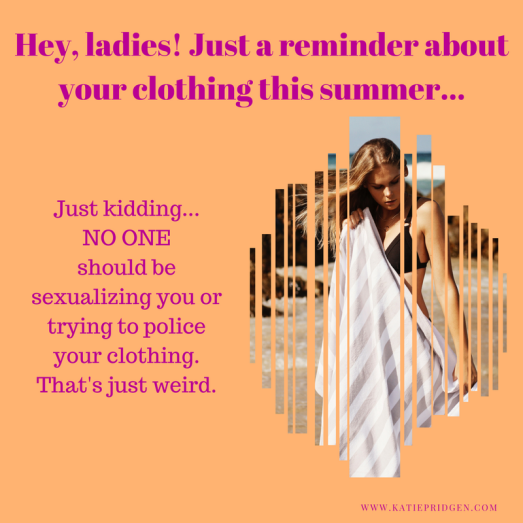 Reminder: shaming or sexualization of anyone, regardless of shape, size, or gender is never okay.

Imagine what could happen if all the energy the church spent policing other people’s behavior and/or dress was rather spent on sharing the unconditional love of God or focused inwardly, on our own personal attitude and actions. It continually blows my mind when folks think religion gives them a free pass to control or shame other people’s personal lives and choices.

I’m so tired of hearing the term “stumbling block” being used as a manipulative guilt trip toward people who believe or think differently. What it does NOT mean: refraining from an activity that could become a “sin” for someone else. Why? This could literally apply to *anything* *ever*.

Rather, we become a stumbling block when we attempt to pressure, cajole, or entice a fellow Christian into an activity we know that for them, is sinful or harmful. So, actually, people who are instructing you on what to do or not to do are stumbling blocks!! They are enticing you to live for the approval of people, rather than how God had personally worked on your heart. #mindexplosion

A few months ago, I wrote a blog post titled: "Speak Out: Shattering False Peace"; I think it applies now more than ever. Don't let people with guilty consciences shame you into keeping quiet. You can't protect and preserve peace and unity if they aren't there in the first place. Sometimes to create peace, you must first fight against hate. #keepspeakingout
#standagainstwhitesupremacy #charlottesvillekkk #defendcville

Born and raised in the little town of Conneaut on the shores of Lake Erie, Katie moved from Northeast Ohio to Oregon in 2014 where she met Casey, her husband. Upon meeting each other, Casey and Katie fell in love and were later married on March 7th, 2015 at the historic Oaks Pioneer Church in Portland. Raised in similar religious traditions and both baptized previously as Christians, they began searching for a community that, like Jesus, is loving, affirming, and accepting of all people. Their journey led them out of fundamentalism and into a life filled with freedom and joy in Christ. They recently relocated back to the Great Lakes region and are thrilled to be living in the beautiful state of Ohio. Katie adores her husband, their PomChi puppy, and serving God on the east coast. She can usually be found reading, saving the universe on Xbox, or enjoying a coffee or beer with friends. With undergraduate degrees in both secular studies and religious education, as well as twenty-five years of personal experience in religious fundamentalism, her passion is to help and encourage people who have been hurt by discrimination, injustice, or abuse--especially within the church. Her mission is to help others be #SavedFromTheSilence.